Story of the Eye, by Georges Bataille 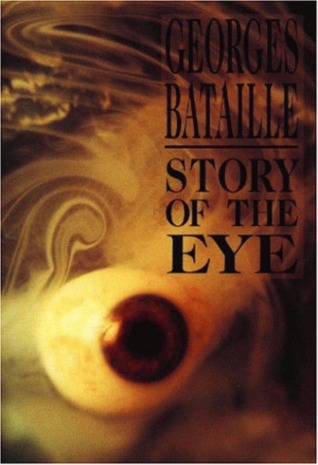 Summary from Goodreads: Only Georges Bataille could write, of an eyeball removed from a corpse, that "the caress of the eye over the skin is so utterly, so extraordinarily gentle, and the sensation is so bizarre that it has something of a rooster's horrible crowing." Bataille has been called a "metaphysician of evil," specializing in blasphemy, profanation, and horror. Written in 1928, is his best-known work; it is unashamedly surrealistic, both disgusting and fascinating, and packed with seemingly endless violations. It's something of an underground classic, rediscovered by each new generation. Most recently, the Icelandic pop singer Björk Guðdmundsdóttir cites Story of the Eye as a major inspiration: she made a music video that alludes to Bataille's erotic uses of eggs, and she plans to read an excerpt for an album.

Although the last reviews on Goodreads about this book say it has some psychological meaning, despite the kinky sex scenes, I found myself strongly disagreeing with them after finishing the book.

No win the corner of a hallway there was a saucer of milk for the cat. “Milk is for the pussy, isn't it?" said Simone. "Do you dare me to sit in the saucer?"

Here come the weird fetishes. It starts off with milk, then pissing, then eggs, a brief episode with a bull's raw balls and, finally, a human eyeball. While many people may find these incredibly kinky, I, for one, do not. Although I agree it's not everyone's cup of tea, the book could be more pleasant if it weren't solely based on the sexual experiments of two teenagers.

All of this lead me to think that this book is pointless. There is no character development, the writing is too deficient to try to make out any metaphors or social comment, and even the sex scenes turn out to be boringly predictable after the first corpse.

The only thing that kept me going until the end was some morbid curiosity to know if there would be scenes even more creepier than getting it on while a corpse is looking and, worse, being excited by it. Suffice to say I was very disappointed.